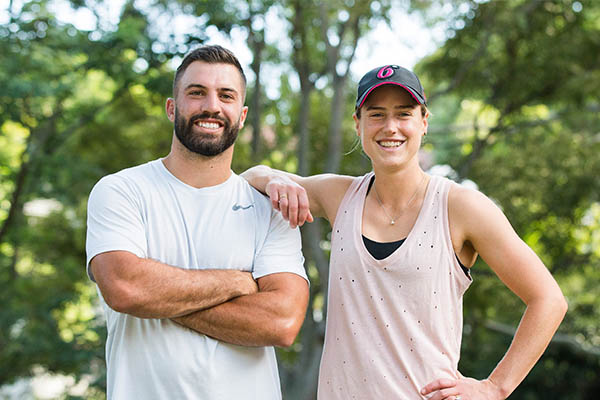 Both Sydney-born, Perry, a dual international in cricket and soccer and the only person, male or female, to participate in World Cups in both sports, and Sydney Roosters, NSW Blues and Australian Kangaroos star Tedesco, who won the Brad Fittler Medal as NSW’s best player in last year’s Origin series win, have received a warm welcome to the charity from Taylor.

“We’re absolutely delighted to have Ellyse and James join us as patrons,” the 1999 Australian of the Year said. “They are elite sporting personalities in the prime of their careers and we’re delighted they’ve agreed to come on board”.

“I have been familiar with the wonderful work Sporting Chance has been doing providing funds for mobile home care cancer units,” she said. “It’s a privilege for James and me to add our names to the support team”.

“Hopefully, our involvement will encourage lots of younger people to provide support which in turn makes  life a whole lot easier for children with cancer,” he said.